“They’re the titans of tenderness… the sultans of sensitivity… the monsters of mellow…”, Lisa Byrne

One of the fundamentally enticing qualities of abstraction is its claim to otherness and its hold on nothing. Lara Merrett’s current body of work on show in Soft Rock affirms this idea. On the one hand this work is neatly positioned within the genre of abstraction,

on the other it’s a distinctly new, free association of equal parts humour and a beguiling type of irrational anamorphism.

The key to understanding these descriptive qualities and many of Merrett’s cryptic titles, is the artist’s Romanticised approach to abstraction and doing an internet speed test. Cleverly, Merrett uses her knowledge of abstraction, sets it aside, then goes about the dissolution of the hard edges and sharp geometrical forms. The results are wholeheartedly emotive works. The artist, in a very considered manner, maintains the hard-hitting poignancy of her abstractionist forebears, albeit with a sobering dash of wit and irony.

1 “The image must be viewed from a position that is very far from the usual in-front and straight-ahead position from which we normally expect images to be looked at” adapted from http://www.widescreenmuseum.com/widescreen/squeeze.htm

3 Wish it was mine, borrowed from http://www.vh1.com/shows/dyn/the_greatest/120061/episode.jhtml

4 Corbin Alain The Lure of the Sea: the discovery of the seaside (1750-1840) Penguin 1995 Translated Jocelyn Phelps. Corbin’s book is an account of the angst with which, until the eighteenth century, the sea and coast was viewed. At this point however Corbin traces the manner in which the imagination embraces the unfamiliar or unknown sea and coastline in a terrific account drawn from artistic, scientific and philosophical evidence. 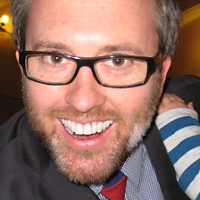